What is Medical Malpractice?

To bring a valid medical malpractice lawsuit, a plaintiff in Maryland will need to establish 3 basic elements:

Proving these elements in a medical malpractice case is difficult and expensive. To establish the applicable standard of medical care and that the defendant breached it, the plaintiff needs to get a formal opinion from a qualified medical expert witness.

A qualified medical expert generally means another doctor or someone with the same qualifications as the defendant.

Even if the plaintiff finds another doctor or qualified expert to support their claims, the defendant will counter that with his or her own expert witness.

The defense expert will say that the standard of care was not breached or dispute that it was the cause of the plaintiff’s injuries.

What are Your Chances of Winning a Medical Malpractice Claim?

If you are able to find medical malpractice attorney to take your case and get an expert opinion to support your claims, your chances of getting some compensation for your malpractice claim are very good.

Statistically, around 7 out of 10 medical malpractice claims result in financial compensation to the plaintiff.

For the small segment of malpractice cases that do actually go to trial, however, the odds are stacked heavily against the plaintiff. Defendants win about 80% of the time in medical malpractice trials.

The Maryland medical malpractice lawyers at Miller & Zois have established significantly higher success rates compared to these national averages. We settle a higher percentage of our malpractice cases before trial and we have a solid winning record for those we do take to trial.

These averages are based on national case data. The average settlement value for Maryland medical malpractice lawsuits is $396,500 – $469,600. This is about 30% higher compared to the national average. The average settlement value is even higher in certain Maryland jurisdictions. Malpractice cases in Baltimore, MD have an average value that is 44% higher than the national average. 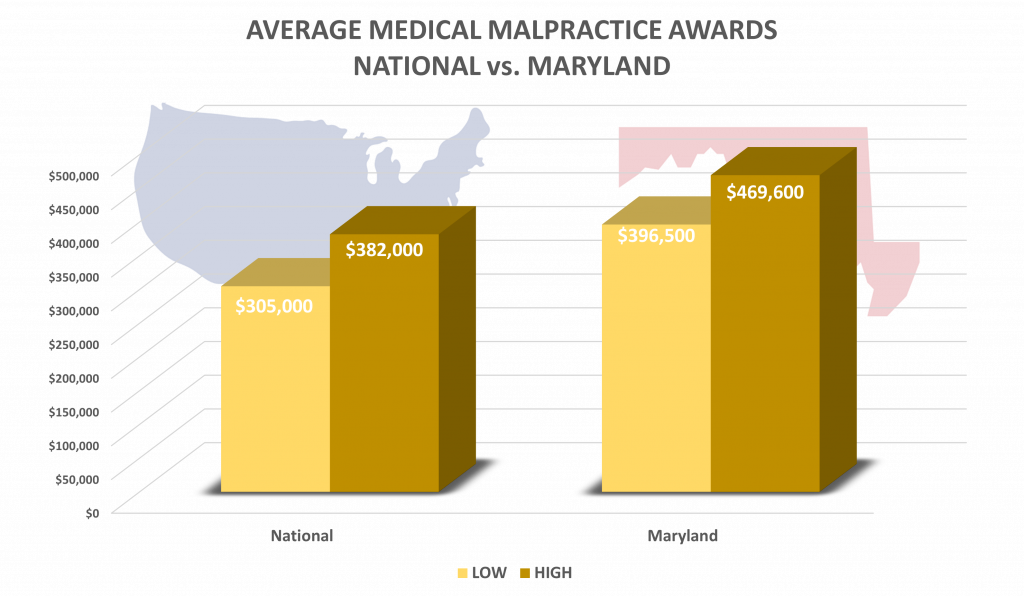 Negligent misdiagnosis, failure to diagnose, or delay in diagnosis is the most common type of medical malpractice. Diagnosing health conditions accurately and timely is the primary function and responsibility of any doctor.

When a doctor fails to diagnose a condition, such as cancer, it can result in a dangerous delay in medical treatment and allow the disease to spread or become terminal. Similarly, if a doctor incorrectly misdiagnosis a patient’s medical condition they may end up getting unnecessary medical treatment instead of the potentially life-saving treatment that they actually need.

Negligence during labor and delivery frequently causes tragic injuries to the baby, such as cerebral palsy, which can leave them disabled for the rest of their life. A very large percentage of these birth injuries are preventable and they often result due to sloppy or negligent care during the labor and delivery process.

There are a handful of obstetric delivery complications that arise before or during childbirth. When these situations occur, the OB/GYN and delivery team at the hospital have a very short window of time in which to intervene and prevent injury to the baby. Examples of the type of delivery complications that lead to birth injuries include: placental abruption, uterine rupture, shoulder dystocia, and many others.

Surgical errors are the second most common type of medical malpractice. There is always some level of risk with any major surgery and there is no guarantee of good outcomes. Surgical malpractice occurs when the surgeon makes a mistake (e.g., removes the wrong organ), or negligently performs the surgery with a lack of skill or care causing injury to the patient.

ER doctors work in difficult situations and they are used to overreacting patients. This invariably leads to a tendency not to take anything seriously and dismiss patients without full diagnostic testing. The delayed diagnosis of the patient’s actual condition can often have very devastating consequences.

Medication errors occur when doctors, pharmacists, or other medical professionals prescribe the wrong drugs or negligently administer medication resulting in serious injury to a patient. There are generally 3 types of medication errors that generate malpractice claims: 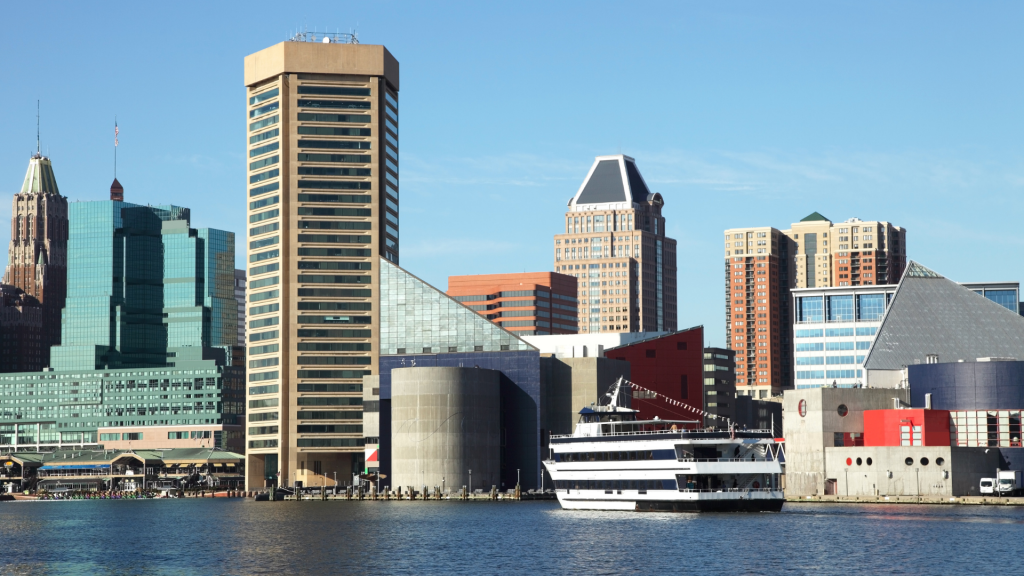 Below are summaries of settlements and verdicts from recent Maryland medical malpractice cases.

Below are some of the most common questions our Baltimore medical malpractice lawyers field from prospective clients.

What is considered medical malpractice?

How do you know if medical malpractice occurs?

Medical negligence occurs when health care providers or medical professionals fail to adhere to standard medical practices during patient care and it results in physical harm. Maryland medical malpractice law requires an opinion from a qualified expert. The expert must agree that medical negligence occurred before a medical malpractice suit can be filed.

How do you prove a medical malpractice claim?

In order to prove a medical malpractice claim, you will need a formal opinion (and eventually testimony if the case goes to trial) from a qualified medical professional such as a doctor, nurse, etc. The expert will need to review your medical records and medical bills to evaluate whether medical negligence occurred.

How long can you wait to file a Maryland medical malpractice claim?

Can you still bring a medical malpractice claim if you didn’t follow your doctor’s instructions?

If you fail to follow your doctor’s treatment intructions, you can still bring a medical malpractice claim as long as your failure to follow the instructions was not the direct cause of your injuries. If the failure to comply with the instructions was the primary cause of your injuries, then your medical malpractice claim will not be successful.

What is the first step in bringing a medical malpractice claim?

Will I need my medical records for a medical malpractice lawsuit?

In order to bring a medical malpractice suit, you will definitely need to obtain all of your relevant medical records.

Do most medical malpractice cases settle?

Contact our Maryland malpractice lawyers at 800-553-8082 for free consultation.

Can You Sue for Pain and Suffering in Mississippi?